Get Game Ready! Reinforce the habits necessary to have a successful hockey season. Let us fuel your desire to be the fittest, fastest, most verbal, competitive and coachable player. Our curriculum with work through the player techniques and team tactics to help you improve as an athlete and have fun in the process.

Now in her 12th season at the helm of the Smith College field hockey program in 2018, Jaime Ginsberg is intent on making the Pioneers a force in the New England Women’s and Men’s Athletic Conference (NEWMAC). The 2018 team won their first NEWMAC Conference Title and NCAA Bid. The Smith College Field Hockey Coaching Staff was honored as Regional Coaching Staff of the Year.

The 2015 Pioneers completed a 13-9 season, the program's most wins since 1993 and earned Smith's first-ever ECAC Championship with a 4-1 win over Salve Regina. Smith's 2-1 victory over Mount Holyoke was the first since 2003 and their NEWMAC tournament win over Springfield was the first over the Pride since 2002 and the Pioneers' first tournament victory since 2000.

Jamie played collegiately at Slippery Rock University. She also was a player/coach for the women’s lacrosse club team at Slippery Rock, which has since become a varsity squad. Previously, Jaime coached at The George School and Friends Select School in Philadelphia. 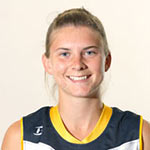 Hopkins is an assistant coach at Slipper Rock University. Phoebe Hopkins played college field hockey at Smith College. She was voted 2nd team All-NEWMAC after her senior season. She finished her career 4th all time in goals for Smith College with 31. She is also tied for 5th in assists and total points.

This was the first year our daughter has attended a sports camp. What a wonderful introduction to the game of field hockey. Your staff seemed so friendly and knowledgeable and really helped our daughter develop some skills and interest in the sport.

Stellar job! From now on, if other coaches ask for camp recommendations, Revolution gets my vote hands down, every time!

So much fun. It was hard, but good hard. The coaches asked a lot from us and were really helpful. Playing against the coaches and tournament play was a great test of my skills. There is nowhere I would rather be than on a hockey field! 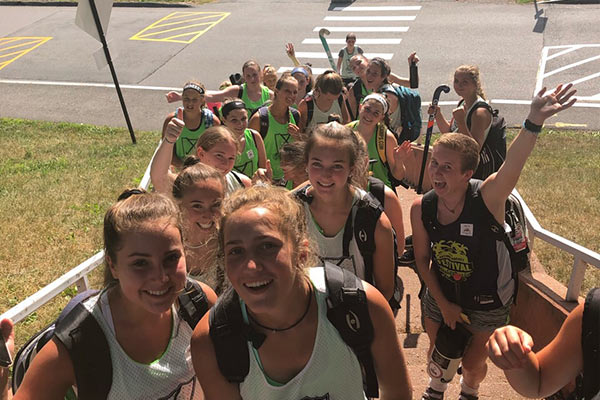