Revolution Field Hockey, a USA Field Hockey Partner Camp, is super excited to be returning to Cape Cod for the 11th summer to host the best vacation field hockey camp. The sport is exploding on the cape and kids are finding opportunities to play year round.

Summer Camp on the Cape offers collegiate coaching, outdoor training facilities, a much deserved run through the sprinklers on hot afternoon & fun! Come and train from 9 am – 3 pm (all ages) or 9 am - 12 pm (7-10 year olds) and take your game to the next level. Every camper will receive a limited edition reversible jersey, ball, water bottle, and lanyard as well as other fun prizes. *Revo Field Hockey Camps are open to all ability levels.

Callie is the Head Coach at Wellesley College.

Coach Lekas was a three-time New England Women's and Men's Athletic Conference (NEWMAC) and National Field Hockey Coaches Association (NFHCA) First Team All-Region selection (2007, 2008, 2009) as a Blue student-athlete, Lekas scored 57 goals and added 22 assists in her collegiate career, while helping the program win 53 games and make trips to the NCAA Elite Eight in 2006 and the NEWMAC title game in both 2007 and 2008.

Lekas returned to Wellesley after spending three seasons as Head Coach at NEWMAC rival Clark University in Worcester, Mass. While at Clark, she also served as the Director of Intramurals, SAAC Liaison, and as a member of the Career Development and Operations Committees. She is also active in the local field hockey community, having coached with the Styx Field Hockey Club, Strikers Stars Field Hockey Club, and with USA Futures Field Hockey.

Prior to her time at Clark, Lekas was an assistant coach for four seasons at Wellesley, helping to guide the Blue to three consecutive NCAA Elite Eight appearances in 2013, 2014 and 2015 and NEWMAC regular season and tournament championships in 2013 and 2014. Wellesley went a perfect 8-0 in NEWMAC play in both 2013 and 2014 and 29-3 in league action during her four seasons as an assistant. The Blue also set the program record for wins in a season, with 19, in 2014. In addition to her work with the Blue, Lekas was instrumental in establishing the partnership between Wellesley and the Wellesley Scoops Field Hockey Club, helping to teach the game to hundreds of girls in Wellesley and surrounding communities.

Lekas graduated from Wellesley with a degree in psychology before earning her master's in Sports Management from the University of Massachusetts Amherst in 2012. While at UMass, Lekas spent one year as an assistant at Amherst College, helping to lead the team to a 15-4 mark and an NCAA Elite Eight appearance in 2011.

Age & Ability: Camp is open to ages 10-18 of all ability levels. (Half-Day is limited to 7 - 10yr & Beginners Only) Due to the enrollment limit of 50, be sure to reserve your space early. FIELD PLAYERS ONLY

Our coach was tough, but she made us laugh too! It was perfect, just enough to make us try harder and feel good about the effort we made.

I’ve kept in touch with a few of the girls I trained with and we’re real good friends now. Even though we live across the country, we send emails and texts almost every day.

Revolution is quality to the core. From creative dynamic warm-ups to personalized feedback for the players, my girls seem to have found the motivation to train hard for the upcoming season 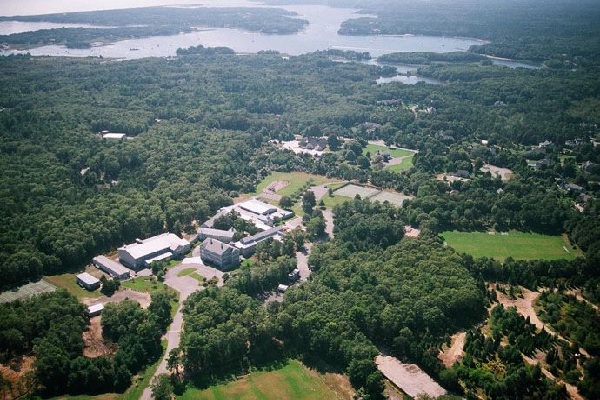