Revolution Field Hockey is excited to partner with Ramapo College Head Coach Jenny Tafro and her staff. Join Coach Tafro and her collegiate coaching staff to learn the same fundamentals and training techniques currently utilized by her collegiate athletes. Our camp will provide athletes with the tools they need to compete at their best for the fall field hockey season.

Our Mahwah field hockey camps combine drill work and game play to improve every skill at the appropriate level and make new friends along the way. All ability and experience levels are welcome at RevoFH camps! 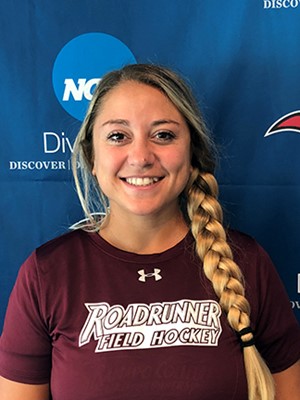 Jennifer Tafro enters her fifth season at the helm of the Roadrunner field hockey program.

The Roadrunners excel academically in the classroom as 13 student-athletes were named to the 2017 Zag Field Hockey/NFHCA Division III National Academic Squad. Four Roadrunners, Melissa Choka, Samantha Stolker, Claudia Wetzel and Wisneski, were named as a 2017 NFHCA Division III Scholar of Distinction. These four earned a GPA of 3.90 or higher during the Fall 2017 semester. Wisneski was also honored as Ramapo College's Woman of the Year at the 26th Annual New Jersey Woman of the Year Luncheon in conjunction with the National Girls and Women in Sports Day.

Tafro is a former All-American from Montclair State University. She joins the Ramapo College staff after serving as the first assistant coach at Rhodes College in Memphis, TN for the 2016 season. Tafro helped lead the Lynx to the NCAA Tournament and their fourth Southern Athletic Association Championship in the last five seasons.

Prior to coaching at Rhodes, Tafro was the graduate assistant coach at Frostburg State University where she developed and administrated drills for the Bobcats as well as playing a major role in the team's strategy and philosophy. Frostburg was second in the Capital Athletic Conference in saves while in her first season with the Bobcats; they led the CAC in saves and finished fourth in defensive saves. Tafro also served as an assistant coach at the Quik Stik Elite Field Hockey Club working specifically in introducing skills, creating drills and managing travel for the team.

Tafro was a standout student-athlete at Montclair State University where she was a two time All-American. She holds numerous Red Hawk records and is the second all-time career points leader in MSU history, along with the single season points leader during 2012 and 2013 seasons. She was named NJAC Midfielder of the Year following the 2013 season while the Red Hawks captured the conference crown in 2012 and 2013. Tafro earned four NJAC First Team All-Conference honors while she was named NFHCA South Atlantic First Team All-Region following the 2012 and 2013 seasons.

Age & Ability- Camp is open to ages 10-18 of all ability levels and beginners are welcome!

Meals Provided- Campers will bring their own lunch and water but a concession stand is available on site as well.

We traveled from another state to attend this camp so our daughter could get exposure to a different group of players and coaches. We have had good experiences Revolution camps in the past and this camp was no exception. Very well run camp.

We really appreciated the individual attention the coaches gave to our daughter. They really took the time to go over what she needs to work on to improve her game. She asked to bring her stick on our family vacation; just to be sure she is ready for pre-season a couple of weeks away.

I had such a good time at camp. The coaches were great, and so was the food. We had so much fun staying in the dorms like we were in college. 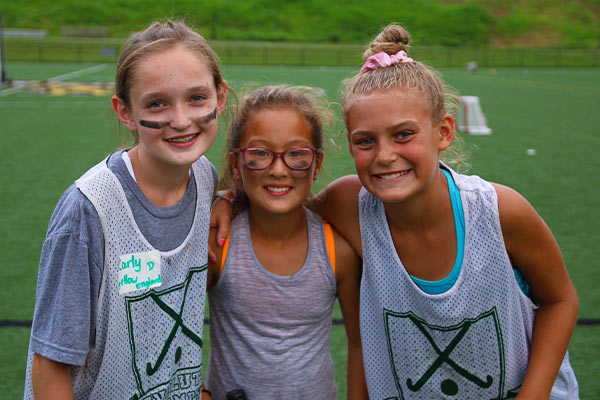