Revolution Field Hockey, is proud to partner with College Assistant Field Hockey Coach Kelly McManus. Fitzpatrick Stadium is conveniently located off Congress street in the city of Portland of Interstate 295. Fitzpatrick Stadium boasts a 6,000 seat multi-purpose outdoor turf facility and a rubberized track. This outstanding staff will make your experience, unforgettable! It all happens here, fundamental development, tactical games to help with positioning and strategy, endless shooting drills, competitive small games and more. Every camper will receive a limited edition reversible jersey, ball, water bottle, and lanyard as well as other fun prizes. *Revo Field Hockey Camps are open to all ability levels. 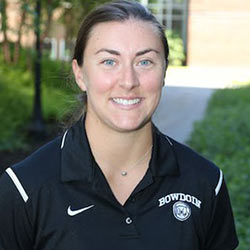 Kelly McManus joined the Bowdoin field hockey coaching staff in the summer of 2016. A 2012 graduate of Bates College, McManus has been an assistant coach at the Massachusetts Institute of Technology four seasons, assisting Cheryl Silva and the Engineers to 52 wins, including the 2012 NEWMAC Championship.

As a player, McManus was a midfielder for the Bobcats and as a co-captain in 2011 was named to the Longstreth/National Field Hockey Coaches Association Division III All-Region team. McManus received a bachelor's degree in Psychology and earned the Evelyn K. Dillon Award from the Bates College Key, which recognizes a member of the field hockey and women's basketball teams for superior athleticism, leadership, dedication, and overall contributions to the respective sport. In addition, she was an outfielder on the Bobcats' softball team.

Check Out- 12pm for all campers.

Age & Ability- Open to participants aged 6-18 years old. All levels of ability are welcome and we encourage beginners to attend!

Out of all the camps I go to over the summer, the Revolution Field Hockey camps are by far my favorite! The staff is so friendly and I always leave camp with new friends.

Seeing my daughters smile as she is walking off the field at camp is all I needed to see to know that I made the right summer camp choice. We can't wait for next summer!

I coach my daughters travel team and we have been looking for the perfect camp to send our girls to. This past summer we came across Revolution Field Hockey and it was the best thing that has happened to our team. The girls still talk about their experience at camp! 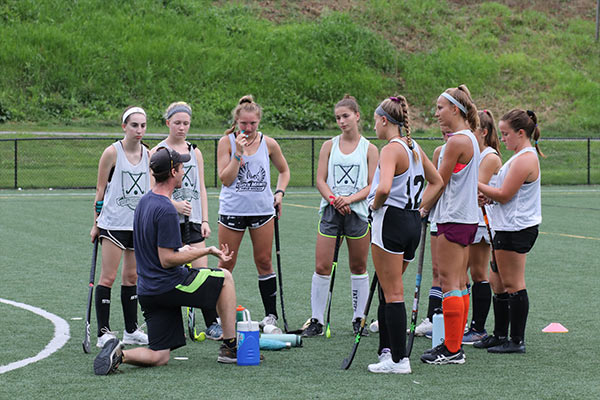