Campers will train on the Goucher College turf athletic fields and enjoy what a top Division III school has to offer. Every camper will receive a limited edition reversible jersey, ball, water bottle, and lanyard as well as other fun prizes. *Revo Field Hockey Camps are open to all ability levels. 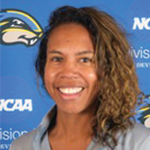 Stacey took over the Gophers field hockey program in 2018 with 13 years of NCAA coaching experience at three levels of NCAA competition (Divisions I, II, and III).

Coach Eversley served as the head coach at Lehigh University, an NCAA Division I member of the Patriot League. Stacey returned to Bethlehem in 2011 after serving as an assistant in the Mountain Hawks program from 2007 through 2009.

Stacey came back to Lehigh after a one year stint as the head coach at NCAA Division II member American International in 2010, where she led the Yellow Jackets to a 14-8 overall mark and an 8-3 ledger in the Northeast-10 on her way to earning NCAA Division II Coach of the Year accolades.

That season, AIC advanced to the NE-10 Semifinals, and NCAA Division II Tournament, as the Yellow Jackets set a school record for victories in a season in the lone campaign Coach Eversley was the head coach.

Before heading to Lehigh in 2007 as an assistant, Stacey began her coaching career at two NCAA Division III institutions as an assistant: Wilkes (2006-07) and Muhlenberg (2004-06).

Eversley earned a Bachelor of Arts degree in Communications, with a minor in from psychology from UMass-Amherst in 2003. At UMass, Eversley was a member of a field hockey program that captured three Atlantic-10 Championships (1999, 2000, 2001) and also served as team captain in 2002.

Eversley, who worked in the private sector for the last two and a half years before coming to Goucher, while also serving in various athletic roles at the Key School in Annapolis, resides in Bowie with her husband Phillip and two children, London and Braxton. 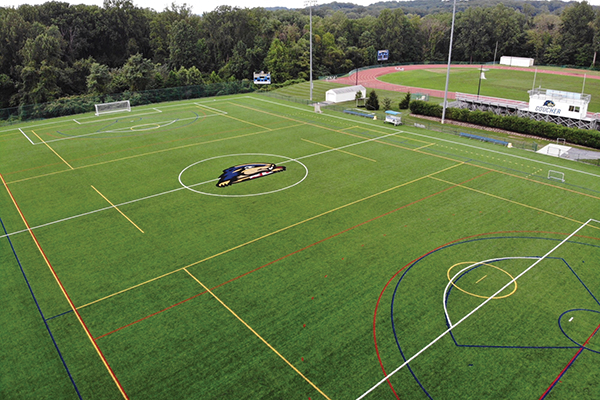