Register before Monday and Save $150 off of our Field Hockey Overnight Camp. Use Code: POP150

(Can’t be combined with other discounts, or existing registrations. New Overnight Registrations Only)

Field Hockey & Leadership Academy is a camp where players will develop field hockey skills while learning how to become more effective leaders and what it means to be a great teammate. If you are a dual sport athlete- this is an amazing opportunity to training both FH & LX.

Learning the critical life lessons to guide you as a responsible member of your school, community, family & team will serve you for years to come. The FHLA role models, the field hockey game & the women’s leadership workshops balanced with some summer fun all takes place among the beautiful natural setting of

Christine Kemp, Head Coach of the Wesleyan University DIII Field Hockey Team will lead the players on the Field Hockey & Leadership Academy journey. Joining Christine will be a collection of NCAA & High School coaches and players. 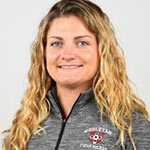 Christine Kemp was selected as the fourth head coach of the Wesleyan field hockey program entering the 2019 campaign.

Kemp comes to Wesleyan from Castleton University, where she spent the 2018 season as the field hockey head coach and led the Spartans to a regular-season record of 15-5 overall and 11-1 in the Little East Conference (LEC). In her first season as a collegiate head coach, Kemp's Castleton squad won the LEC regular-season championship as she was named the LEC Coach of the Year. She guided the team to a program-record 11-game winning streak while coaching three First Team All-LEC selections. Castleton was just 23-48 (.324) in the four seasons prior to Kemp's arrival, while the 15 wins in 2018 were the program's most in six years.

Before her stint at Castleton, Kemp spent five seasons at her alma mater, Skidmore College. While there, she helped lead the Thoroughbreds to an 80-27 (.748) record with three Liberty League Championships, two quarterfinal appearances in the NCAA Division III Tournament (2014, '16), and one national semifinal appearance (2013).

Her college coaching career began at Bridgewater State University, where she served as an assistant coach form 2011-13 while pursuing her master's degree. During that time, the Bears compiled a 31-11 (.738) record and won back-to-back MASCAC Championships, while qualifying for the ECAC Division III Tournament both years, reaching the semifinals in 2011 and the finals in 2012.

Kemp earned her bachelor's degree from Skidmore in 2011 following a decorated four-year playing career. She was a two-sport athlete who excelled in field hockey, while also serving as a captain of the basketball team her senior year. In field hockey, Kemp was named a three-time NFHCA All-American, three-time Liberty League Player of the Year, and two-time NFHCA North Atlantic Player of the Year. She holds the school records for most assists in a single season (22) and most career assists (62). As a senior, she led the team to its first-ever 20-win season and a trip to the NCAA Division III Final Four. She also ranked second in the country in assists per game in 2009 and 2010, and was fourth in points and sixth in goals in 2010. In 2011, Kemp received the Skidmore Senior Athlete Award and seven years later, she was inducted into Skidmore's Athletics Hall of Fame.

Aside from her collegiate coaching experience, Kemp also served as the futures head coach and site director for USA Field Hockey in 2018, where she developed individual skills, team game and offensive and defensive strategies in a training-only environment for U19 players. She also assisted in the start-up of the Thoroughbreds Club in March 2017, which is Saratoga County-based club program for interested field hockey players ranging in age from 7-18 years old.

Kemp will succeed Patti Klecha-Porter, who served 34 seasons as the Wesleyan field hockey coach. Klecha-Porter will retire following the conclusion of the 2018-19 season, and Kemp will take the helm of the program beginning July 1, 2019. 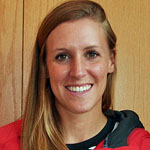 Kim Williams, who has known nothing but success over her nine years as a college player, assistant coach and head coach in women's lacrosse, takes over the reins of Wesleyan women's lacrosse for the 2016 campaign. Williams becomes the eighth head coach for the Cardinals over their 40-year varsity history. She began her tenure on July 1, 2015 as an adjunct assistant professor of physical education and head women's lacrosse coach at Wesleyan.

Williams comes to Wesleyan after two seasons as head coach at Stockton University in New Jersey, three seasons as an assistant coach at Colby College in Waterville, Maine, and four seasons as a stellar competitor at C.W. Post University in Brookville, N.Y. Bringing the Ospreys at Stockton into their first varsity season in 2014, Williams met with immediate success behind a 16-4 victory over Notre Dame (Md.) in the team's varsity opener. Stockton posted a 10-5 record in 2014 and featured the New Jersey Athletic Conference (NJAC) Rookie of the Year. The Ospreys followed up with a 10-6 mark in 2015 while boasting the NJAC Goaltender of the Year.  Thus Kim brings a career 20-11 record as a head coach with her to Wesleyan.

Williams began her college coaching career with the Mules of Colby from 2011-13 as Colby qualified for the NCAA Division III tournament each year and amassed a brilliant 43-13 overall record, including a 22-7 mark against New England Small College Athletic Conference (NESCAC) rivals. The NESCAC is the top Division III women's lacrosse conference in the nation and had eight teams ranked among the top-20 nationally in the final 2015 Intercollegiate Women's Lacrosse Association (IWLCA) poll, led by NCAA tournament runner-up Trinity College. No other conference had more than three teams in the top-20.

After a tremendous high-school playing career at West Morris (N.J.), where she earned third-team all-state recognition, Williams played four seasons at C.W. Post, helping Post reach the NCAA Division II tournament each year with one title and three other appearances in the Final Four. She was recognized as an IWLCA All-American three times along with IWLCA Division II Defender of the Year accolades as a sophomore and Womenslacrosse.com Division II Midfielder of the Year recognition as a senior. She also earned first-team all-conference accolades three times.

We are excited to announce that for this Summer we will offer campers a multi-sport camp option at our Hotchkiss School Leadership Camp. Campers will have the option to do Lacrosse, Field Hockey or a combination of both.

Check in/out: Overnight and Extended Day Campers check in at 2pm on the first day and Check out at 1:00pm on the last day.

I really learned a lot and I feel more confident in my shot, I feel so much better prepared for my upcoming season.

All of the coaches were excellent teachers. My daughter really enjoyed the leadership components introduced at camp. Adding in the Lake and nighttime bonfire, this is a great location to send your daughter to camp.

Beautiful area to hold a camp. My daughter had a great time at camp and will definitely be coming back next year. 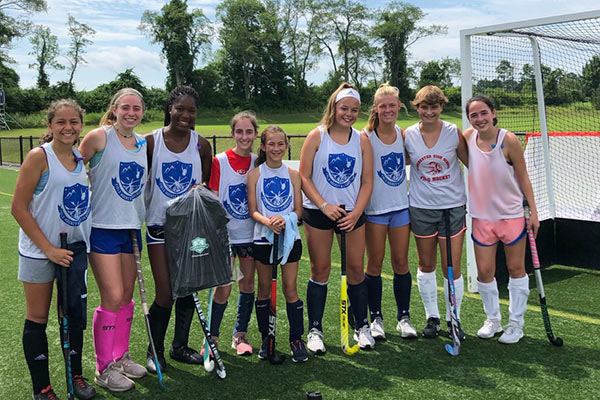