This camp hasn't yet announced it's 2021 details. Stay tuned by joining out emailing list.

Bates College, widely regarded as one of the finest liberal arts colleges in the nation, is the perfect backdrop for summer field hockey camp. A member of the highly selective NESCAC athletic conference will offer campers a great opportunity to train with the best players and coaches in the game today. Come play on the beautiful carpet astro-turf stadium and enjoy some special experiences like yoga, film review sessions, and leadership workshops. 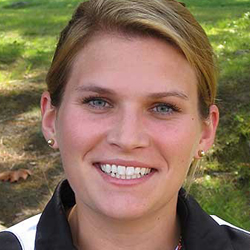 Dani has experience in college field hockey across divisions I, II, and III, as well as youth coaching experience with USA Field Hockey, camps, local clinics, and as the director of Coastal Field Hockey Club.

Dani is currently the head field hockey coach at Bates College in Lewiston, ME. Bates is a member of the prestigious and nationally dominate NESCAC field hockey conference.  During Dani’s time at Bates, she has guided the program to its best seasons in the last two decades, along with numerous program firsts.

Prior to entering the head coaching ranks, Ryder gained valuable experience as an assistant coach at Division I University of Vermont, and at NESCAC member and Bates rival, Tufts University, where she helped guide the Jumbos to consecutive appearances at the NCAA Final Four.

Okay. My daughter will Not. Stop. Talking. about this camp. Now she’s trying to recruit the rest of her team to go next year so they can all be involved. The coach has said she’s become a real leader to the rest in such a short time.

It was great to be with other girls who love the same thing I do. The coaches were talented and friendly and taught us a lot of new things. See you next year.

Top-notch program here. I wish it had been around back when I was playing. 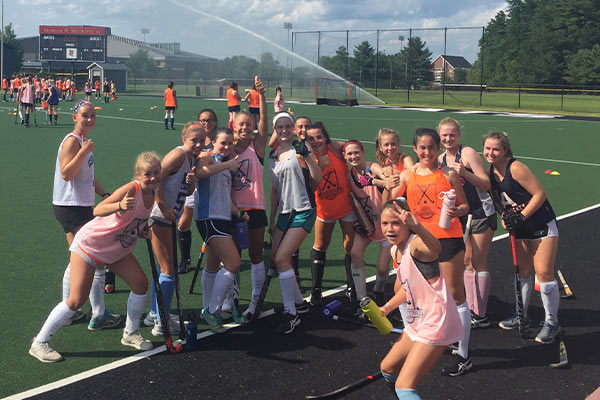