Competitive field hockey is no stranger to Connecticut's fall athletes and you need to look no further to find this summer's way to advance your skills, improve your strength and gain the upper edge on your competition. Revolution Field Hockey Camps are open to all ability levels. Join us for two weeks this summer at Tomlinson Middle School in Fairfield, CT! 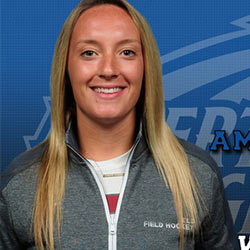 Amanda Nusbaum Head Coach of the Albertus Magnus women's lacrosse and field hockey programs. Amanda brings a wealth of success as both a field hockey and lacrosse player. She has coached both sports at many levels including her most recent post at Springfield College.

Coach Nusbaum spent the previous two seasons as a graduate assistant coach of the field hockey team at Springfield College. During her time at Springfield, Coach Nusbaum was responsible for running drills and practices for the team, assisting the players in skill work development, recruiting throughout the New England area, running film sessions for players, regional recruitment, maintaining the Springfield College Field Hockey social media channels, and devising and implementing strength and conditioning summer programs for the athletes. Nusbaum also has significant experience in athletic administration. In the summer of 2020, Nusbaum helped to coordinate COVID coaching meetings, created soccer schedules for the fall, and conducted the athletics expense report for Agawam High School.

Amanda graduated from Springfield ‘19 with a degree in Nutritional Sciences and had a decorated career as a two-sport standout. With the field hockey program, Nusbaum earned a pair of all-region and all-conference honors, holds program records for assists in a game, season, and career, and was the 2018 NCAA Statistical Champion for assists per game (1.28). She was also tabbed by Springfield College as the Outstanding Team Sport Female Athlete in 2018. An all-conference honoree in women's lacrosse as well, Nusbaum helped the Pride to three appearances in the NCAA Division III Championship Tournament, including a Sweet 16 berth in 2016.

As a Springfield undergraduate, Nusbaum held a number of different leadership roles. In the Fall of 2015, Nusbaum was a member of S.A.L.T (Student-Athlete Leadership Team), a position she held throughout her Springfield tenure, where she was an active member and participated in volunteer work for the community. Nusbaum was also a member of the Team Impact Leadership team at Springfield, where she helped to coordinate fun, skill-based activities for the team and their impact players, helping to enhance athlete experience and skill levels.

Nusbaum is close to completing a Certificate of Dietetics from University of Northern Colorado and is currently working towards completion of a Master's Degree in Athletic Administration at Springfield.

Coach Cheryl Canada provided my daughter and her teammates with the most memorable experience we could ask for. The combination of field hockey training and summer camp fun was PERFECT!

My daughter was anxious before camp because she had never played field hockey before. The REVOFH staff made her feel comfortable right from the start. It was tough getting her to leave the field after the last day. Already looking forward to another week this summer!

My teammates and I have been going to Revolution Field Hockey camps for 4 summers and we can't imagine our summer without it. We love to see how much our hard work in the summer pays off in our fall season. 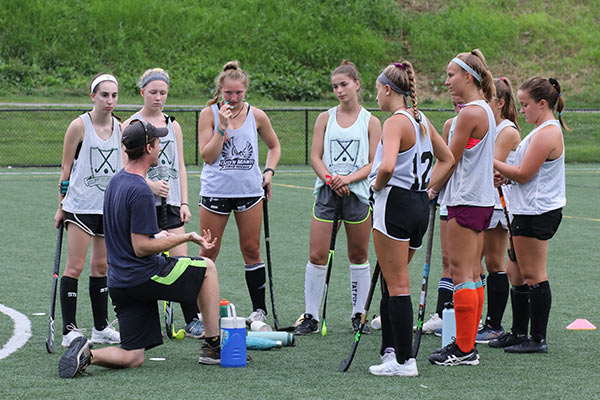