This camp SELLS OUT EVERY SUMMER 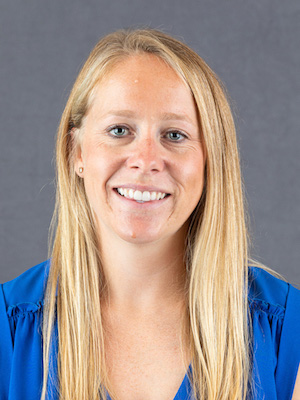 Callie is the Head Coach at Wellesley College.

Callie Lekas '10 was named Head Field Hockey Coach and PERA Assistant Professor of the Practice in July 2019. In her first season at the helm of the program in 2019, Lekas guided the Blue to a 10-9 overall record and a spot in the NEWMAC Championship Quarterfinals. She has a career record of 28-45 as a collegiate head coach.

Per department records, Lekas is the first alumna student-athlete in program history to return to Wellesley College as a head coach. A three-time New England Women's and Men's Athletic Conference (NEWMAC) and National Field Hockey Coaches Association (NFHCA) First Team All-Region selection (2007, 2008, 2009) as a Blue student-athlete, Lekas scored 57 goals and added 22 assists in her collegiate career, while helping the program win 53 games and make trips to the NCAA Elite Eight in 2006 and the NEWMAC title game in both 2007 and 2008.

Lekas returned to Wellesley after spending three seasons as Head Coach at NEWMAC rival Clark University in Worcester, Mass. While at Clark, she also served as the Director of Intramurals, SAAC Liaison, and as a member of the Career Development and Operations Committees. She is also active in the local field hockey community, having coached with the Styx Field Hockey Club, Strikers Stars Field Hockey Club, and with USA Futures Field Hockey.

Prior to her time at Clark, Lekas was an assistant coach for four seasons at Wellesley, helping to guide the Blue to three consecutive NCAA Elite Eight appearances in 2013, 2014 and 2015 and NEWMAC regular season and tournament championships in 2013 and 2014. Wellesley went a perfect 8-0 in NEWMAC play in both 2013 and 2014 and 29-3 in league action during her four seasons as an assistant. The Blue also set the program record for wins in a season, with 19, in 2014. In addition to her work with the Blue, Lekas was instrumental in establishing the partnership between Wellesley and the Wellesley Scoops Field Hockey Club, helping to teach the game to hundreds of girls in Wellesley and surrounding communities.

Lekas graduated from Wellesley with a degree in psychology before earning her master's in Sports Management from the University of Massachusetts Amherst in 2012. While at UMass, Lekas spent one year as an assistant at Amherst College, helping to lead the team to a 15-4 mark and an NCAA Elite Eight appearance in 2011.

Check in location: White Tent Next To Dining Hall

My daughter had a great experience at camp! The parent sessions were extremely informative, the instruction top notch, and the camp impeccably run!

This camp is a great opportunity to showcase your skills to colleges and to overall learn new skills.

It has become a great team tradition to board the Greyhound bus and head to camp every August. Our parents pack the kids lunches, the girls coordinate apparel, and they sing and giggle as teenagers should. After a hard work-out and team bonding, they are ready for the high school season – as an unbeatable unit. 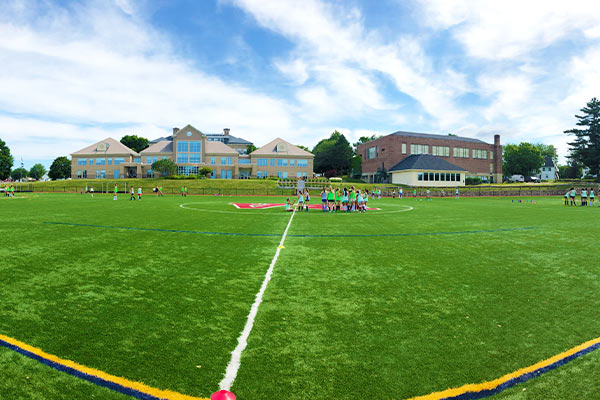