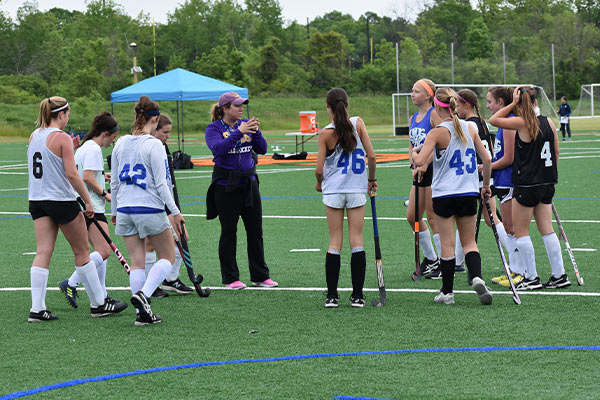 What skills does it take for field hockey players to watch their on-field performance hit a new level? That’s a really good question we answer during our Connecticut Field Hockey Camps, along with all the other Revolution camps we host throughout the country each summer.

Our Camp Directors will design a program that helps you raise many areas of your game from both a mental and physical aspect. Five skills in particular that are important to master, though, are the following:

Being successful at hitting as a field hockey player can mean different things depending on your position. This type of skill is important for any position on the field because there are so many different aspects to consider. Field hockey players must be mindful of the ball’s position, the position of their feet, head, and the rest of the body, along with hip rotation, grip, swing, wrist action, and follow through.

There are just a few things that should be committed to muscle memory in order to make it all easier! If you’re looking for a way to hit a field hockey ball harder, check out this video from Hockey Performance Academy.

Field hockey is a game about movement as much as anything else during a given contest. Having players that are able to pass to teammates in such a way that doesn’t disrupt this moving is incredibly important. As we just talked about with hitting, this is useful for every position on the field.

However, the manner in which you pass the ball to a teammate may differ depending on your position.

Coincidentally enough, leading and positioning goes hand-in-hand with the skill of passing (it’s almost like we ordered it this way on purpose!). While it’s crucial for a field hockey player to effectively pass the ball to others and position their own body appropriately to do so, it’ll all get wasted if the recipient of that pass isn’t in a good enough position to receive the pass itself.

Leading allows a field hockey player to have more time on the ball in order to make better decisions, while timing is equally important because without getting the timing right, this entire skill is thrown off.

Being successful in other parts of your field hockey game will likely be dependent on the level of deception you’ll be able to play off on an opposing player. Building up this particular aspect of your game will allow you the opportunity to have more time with the ball since the opposition won’t really have an idea of what you’re trying to accomplish.

Whether you’re a midfielder, striker, or defender, this type of tackle is an underused skill by field hockey players. The point of this move is the put pressure on the player controlling the ball in hopes that the direction of the ball will be changed.

It’s important to note that jabbing directly at the ball isn’t something that always have to ball – you can jab at certain spots near the ball to force your opponent into going a direction that might make it easier to set a teammate up for a move of their own. 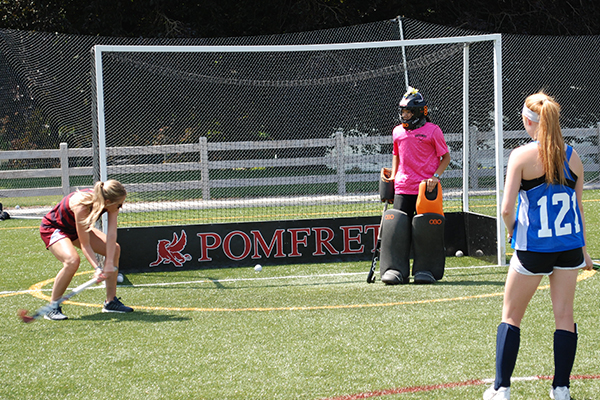 Why should you be joining the Revolution this summer? Because nobody knows how to run… 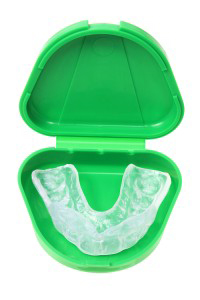 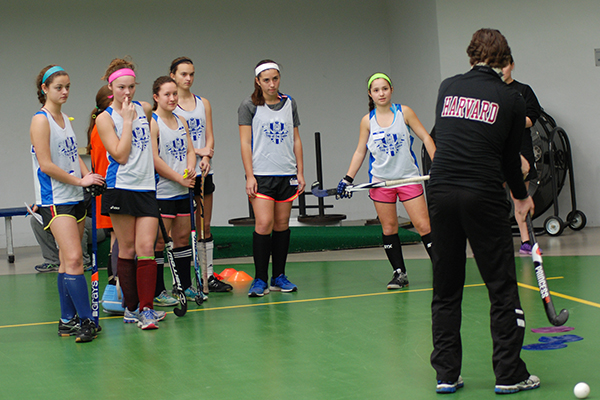