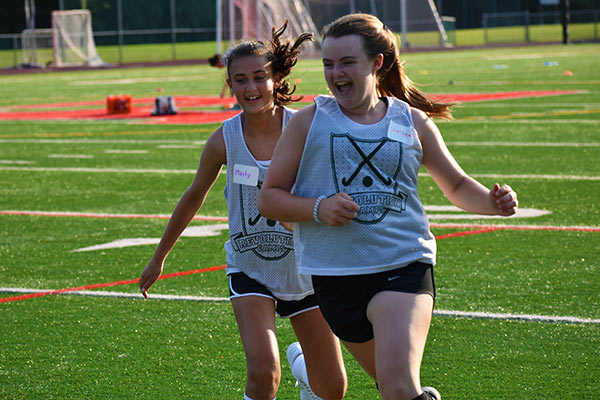 At Revolution Field Hockey Camps, our directors make sure to spend time developing the mental and physical side of each player to help them reach the next level the following season and beyond. This is accomplished by bringing in people within the sport who play for national teams, top college programs, and other highly rated educational institutions. What’s really helpful is that they don’t just see themselves as coaches – they’re role models representing the game they love, and they want to pass that love and passion down to the generations behind them.

Whether you’re participating in one of our Connecticut Field Hockey camps or you’re planning to arrive at one of our many other locations across the country, there are certain aspects of the game all of our coaches work on with campers. Being a new field hockey player can be super exciting because it’s something new to learn, but it can also be overwhelming for all of those same reasons.

Becoming a good field hockey player takes a lot of practice and dedication, and with feeling overwhelmed, it may be difficult to know exactly where to start. If you are a beginner in the sport, here are three foundational skills that are important to master before moving on to other skills and drills.

A lot of what goes into above-average field hockey play is getting into the right position on the field, which also includes putting your body in the right position to receive a pass from a teammate or send one out to another in another spot of the field. The idea of leading is a tremendous skill to have when it comes to this particular part of the game.

Knowing your teammates and their styles of play will allow you to better anticipate what they might do and where the ball might be going in the immediate future. This is also helpful because it gives you more of an opportunity to create space from the opposing defender.

Scoring more goals than the other team is the most basic understanding of how to win a field hockey game, but strikers don’t have the opportunity to score goals without getting accurate passes from their teammates in other areas of the field. The position you play will also dictate the types of passes you’ll be sending off throughout a game.

Strikers will typically use one-touch passes, while midfielders will typically pass off their left or right foot. As you practice, it’s a good idea to also see how your body and mind responds to different angles as you simulate game situations.

Being known as a powerful hitter is something that takes work from all parts of your body, along with the position of the ball. This is a terrific tool to have in your belt regardless of your position on the field. The key component of a powerful and accurate hit is to be sure your hips are rotation while your body transfers weight forward and your head is on top of the ball. 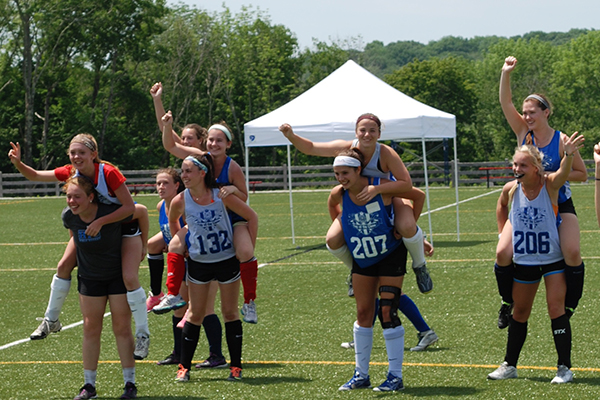 There are plenty of reasons why playing field hockey is awesome, but today, we’re going… 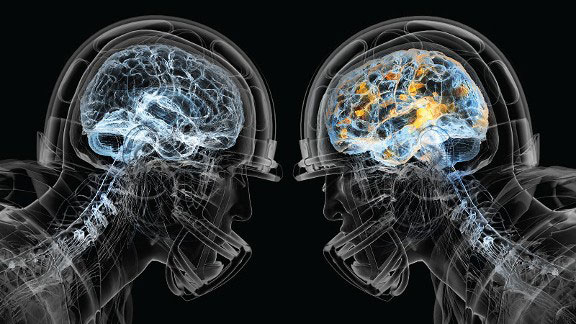 5 Concussion Myths For Every Coach, Parent And Child