Severn School boasts a beautiful 19-acre campus and state-of-the-art facilities including two side by side artificial turf athletic fields. With space to spread out, play games and challenge yourself under the guidance of the impressive field hockey coaching staff lead by St. Paul's Head Coach Ann Andrews. Ann will help you get stronger, faster and more confident to take to your fall field hockey season. Revo Field Hockey Camps are open to all ability levels. 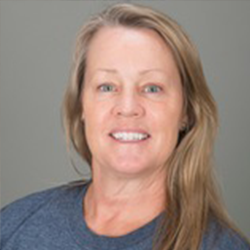 Ann Andrews was named Head Field Hockey Coach of The University of the South team in Sewanee, TN this May 2022.

Andrews coached Severna Park to back-to-back-to-back Maryland 4A State Championships from 2013-15. Andrews was a two-time Coach of the Year via the Washington Post and earned similar honors from both the Baltimore Sun and Capital Gazette.

Andrews was the club director and head coach for Storm Chasers Field Hockey Club, starting the Annapolis-based program from scratch in 2012. Storm Chasers rose to the third-ranked club in Maryland and No. 54 in the country during its first five seasons.

She has a USFHA Level II Coaching Certificate and earned certification from the National Federation of High Schools in heat acclimation/heat illness prevention, concussions in sports and sportsmanship. Andrews is a certified personal trainer, fitness nutritionist and mental toughness coach through the National Academy of Sports Medicine.

A graduate of Notre Dame (Md.), she earned a bachelor's degree in communication arts and secondary education. Andrews was a two-sport student-athlete for the Gators, earning team captain and team MVP honors in both field hockey and women's lacrosse.

These camps teach the perfect mix of skill and teamwork. I’ve always said you can’t win without both, and it’s great to find a training program that agrees!

Your camp staff was fantastic.

Revolution provided a safe and fun enviornment for my daughter to meet new people, interacting with different coaches, identify her goals and be a kid - all good things for this age. 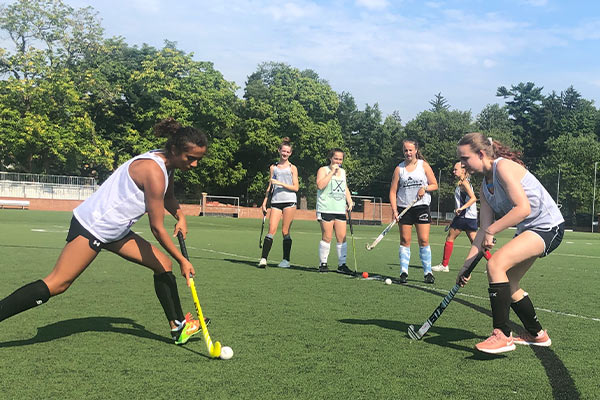