Revolution Field Hockey is proud to introduce a new camp this summer at Beacon Middle School in Lewes, DE. Camp will be led by Middlebury College assistant coach, Rachel Palumbo. Palumbo and her staff will provide each campers with position specific training and situational training in order to help take their game to the next level. Day camp is open to players ages 10-18 with a half day option for 6-9 year olds. Join Revolution Field Hockey for what promises to be a great week of camp. 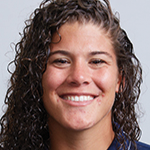 Palumbo is in her second year in 2019-20 as an assistant coach for the field hockey program. She joined the Panther program after spending the 2016-17 and 2017-18 seasons as a graduate assistant coach at Salisbury (Md.).

Last fall, Palumbo helped guide Middlebury to a 21-1 record, the single-most wins in program history. The Panthers secured their fifth NESCAC Championship in the last seven seasons and sixth overall. Middlebury ended the campaign by winning its third NCAA title in the last four seasons with a 2-0 victory against Tufts in Manheim, Pennsylvania.

Palumbo is a 2015 graduate of James Madison University with a bachelor's degree in kinesiology – exercise science with a minor in coaching education. She also obtained a master’s of education from Salisbury in May of 2018. While at JMU, Palumbo appeared in 68 games as a defensive midfielder and recorded two game-winning overtime goals before suffering a career-ending injury prior to her senior season.

Following graduation, she served as assistant field hockey coach at Perkiomen Valley High School in Collegeville, Pennsylvania for the 2015-16 season. During that time, Palumbo coached for the X-Calibur Field Hockey Club. She conducted individual strength and conditioning sessions that specialized in field hockey specific speed, explosiveness and agility, while also serving as the site director for USA Field Hockey Futures Site 5Y.

Palumbo was a part of the Salisbury coaching staff for the 2016-17 and 2017-18 seasons. During her tenure, she helped guide the Sea Gulls to an NCAA Final Four appearance in 2016 and an NCAA Tournament Second-Round berth in 2017. She specialized in video analysis, strength and conditioning, recruiting as well as practice and game preparations. Palumbo coached Shore Byrds Field Hockey Club while in Maryland.

Check in/out: Day Campers check in daily at 9am. Check out daily at 3pm. * The final day of camp check-out is 3pm for everyone.*

Meals Provided: Campers are to bring their own lunch. 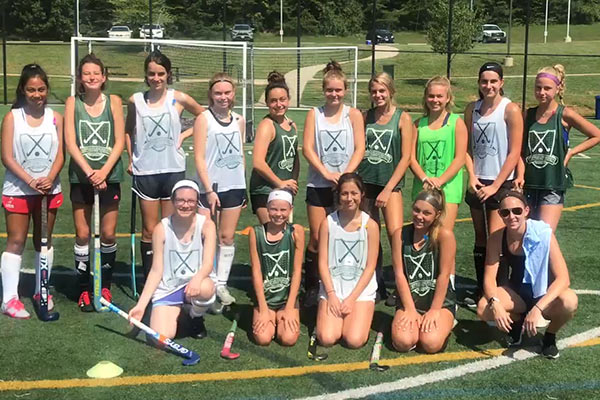