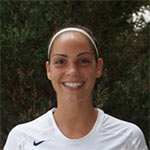 Former Owls’ All-American Ann Berry is in her eight season as an Assistant Field Hockey Coach with the Southern Connecticut State University field hockey program. She also serves as a Co-Advisor for the Owls' Student-Athlete Advisory Committee.

As a student-athlete, Coach Berry was a four-year starter and three-year captain from 2007-10. She captured All-America, All-ECAC, and All-Conference honors and was also selected to play in the NFHCA Senior All-Star Game in her final season. She was a two-time All-Conference performer who still holds the Owls’ single-season assist record, while ranking second in career assists and fifth in points. Ann also excelled academically as a multiple NFHCA All-Academic Team pick and as a selection to the Northeast-10 Conference Field Hockey All-Academic Team.

Ann was recently selected as a participant for the 2018 NCAA Women Coaches Academy. She has additional coaching experience with the Futures Program as well as with the Westport (Conn.) Middle School.

Age & Ability: Camp is open to ages 10-18 of all ability levels. Due to the enrollment limit of 50, we recommend you reserve your space soon.

The Revo FH staff made camp so fun for me and my teammates! We were able to learn so many new skills while having fun. I can't wait to come back!

The camp at CFC Park was great. I learned many new tips and tricks. I can't wait to come back next year.

My daughter can't stop talking about how amazing Coach Farrier was. She is already begging me to go back. Thank you Revolution Field Hockey! 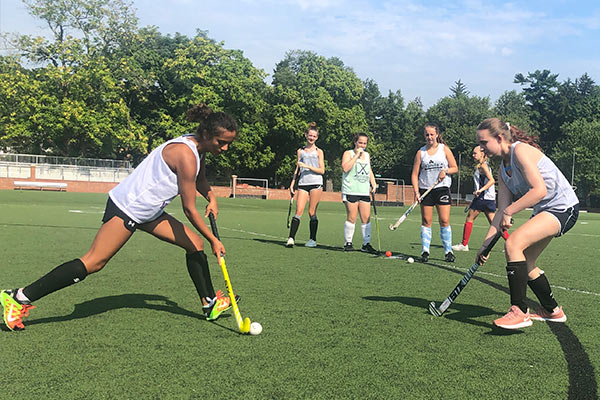