Revolution Field Hockey, a USA Field Hockey Partner Camp, is proud to be running a field hockey training opportunity in the desirable town of Greenwich, Connecticut. One of the most dynamic camp directors, Pace University Head Coach - Kayte Kinsley will take the helm of the coaching staff for this summer’s camp. Kayte has been running Revolution Field Hockey Camps for 5 years and infuses what you need to become the next elite athlete. Every camper will receive a limited edition reversible jersey, ball, water bottle, and lanyard as well as other fun prizes. *Revo Field Hockey Camps are open to all ability levels.

Kayte Kinsley, who was named the Pace University head field hockey coach in February of 2016, completed her third season on the sidelines in 2018.

Kinsley was selected as the Northeast-10 Conference’s Coach of the Year in 2018 after leading the Setters to an 18-3 record that featured a perfect 13-0 mark in regular-season conference play. The Blue and Gold won the program’s first-ever regular season conference title in 2018 and claimed the No. 1 seed in the NE10 conference tournament. Pace would later advance to the team’s first NCAA Tournament in November as the No. 3 seed, collecting their first-ever postseason win over Saint Anselm in the first round.  In December, Kinsley and her assistants were named the NFHCA’s East Region Coaching Staff of the Year.

Kinsley came to Pace from Mercy College, where she served as head coach of the field hockey team, as well as the Assistant Athletic Director of Operations.

Kinsley's field hockey roots come from the Hudson Valley. She led Putnam Valley High School to the New York State Championship as a senior in 2005, capping her career as a four-time All-League selection, Section I Honorable Mention and the Section I Sportsmanship Award recipient. She was also a standout on the soccer field for Putnam Valley and went on to play with the women's soccer program at Adelphi University, where she graduated in 2010 with a bachelor's degree in physical education.

Age & Ability: Camp is open to ages 10-18 of all ability levels. Due to the enrollment limit of 50, be sure to reserve your space early.

Your camp really breathed new life into my players. After they got back from camp, they’ve been training and playing harder than ever! Thank you!

Very user friendly and helpful to provide needed information. It ranks high on the list and would like to send my daughter again next year.

I have been drowning in tournament play and travel; it was a really nice treat to be in my home town and have such great coaches on the high school turf. 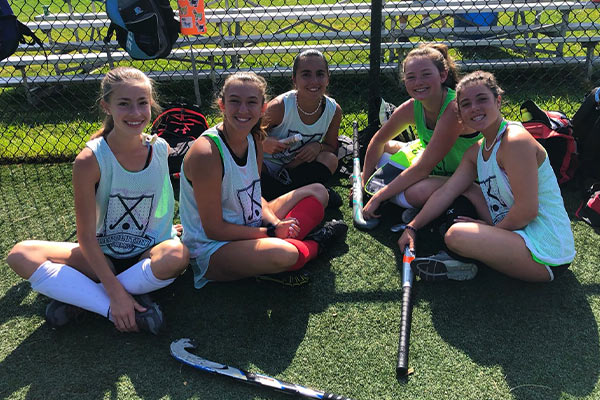