Revolution Field Hockey is super excited to be returning to the greater Baltimore, Maryland area for the 15th summer. Join Johns Hopkins Head Coach Jane Wells and her staff for a great week of camp. Garrison Forest is conveniently located 2 miles off 695 and boasts a beautiful 110 acre campus. Revo Field Hockey Camps are open to all ability levels. 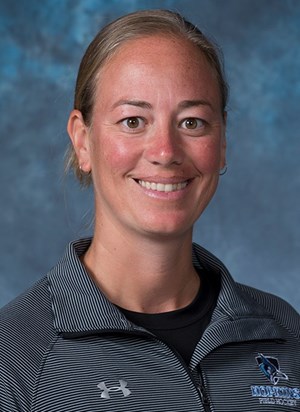 Jane Wells became the fifth head coach of the Johns Hopkins field hockey program on January 12, 2017. She comes to Baltimore after a 12-year stint as head coach at Rhodes College.

In Wells' first season at Homewood, Hopkins went 14-5 - the Blue Jays' most wins since 2008 and tied for the most by a first-year coach. The following year (2018) was the most successful in program history. Hopkins won a school-record 19 games and made its first-ever appearance in the NCAA Semifinals. Prior to its stunning NCAA run, which included an overtime win at top-ranked and previously unbeaten Messiah, Hopkins won its third Centennial Conference Tournament title and the first since 2003.

In 2019, Hopkins once again won 19 games, won the Centennial Conference title and made it to the NCAA Final Four. Last season (2021), the Blue Jays won again won the Centennial and advanced to the national championship game for the first time in program history. Hopkins won a school-record 22 games and was ranked as high as second nationally.

During her tenure with the Lynx, Wells went 152-70 (.685), including a 73-15 (.829) mark in conference play. She led Rhodes to 10 conference (SCAC and SAA) regular season titles, eight conference tournament championships and four NCAA Tournament appearances. She was named the conference coach of the year four times and the NFHCA Great Lakes Region Coach of the Year twice.

In 12 years, Wells coached 51 all-conference selections, 12 conference players of the year, 45 NFHCA All-Great Lakes and six NFHCA All-America honorees. Her teams won 10 or more games in 11 of her 12 seasons, including a school-record 17 wins in 2010.

Wells is a 2003 graduate of Rhodes, where she earned a Bachelor of Arts in Psychology. She was a four-year member of the field hockey and softball teams, captained both teams as a senior and served on the Student Athlete Advisory Committee. Wells was an all-conference and NFHCA Academic Squad selection in her career.

After graduation, Wells returned to her alma mater and served as an assistant coach for both the field hockey and softball programs. She was named the head field hockey coach in 2005 and in 2011 added Coordinator of Facilities for Athletics to her duties. Wells has also served as the Senior Woman Administrator (SWA) since 2014.

My daughter is a beginner and this was a wonderful way to introduce her to the sport in a safe and fun environment with knowledgeable and motivating coaches.

The camp was very organized, safe, and the coaches were great role models for the girls. We look forward to returning next summer!

The coaches taught me how to better prepare myself for games and practices. This really helped me improve my training for this upcoming season.

This was the first year my daughter went to a sports specific camp. She had a great experience and it was the perfect introduction to the sport. She is now planning on joining a local field hockey team!

The camp was very organized, safe, and the coaches were great role models for the girls. We look forward to returning next summer! 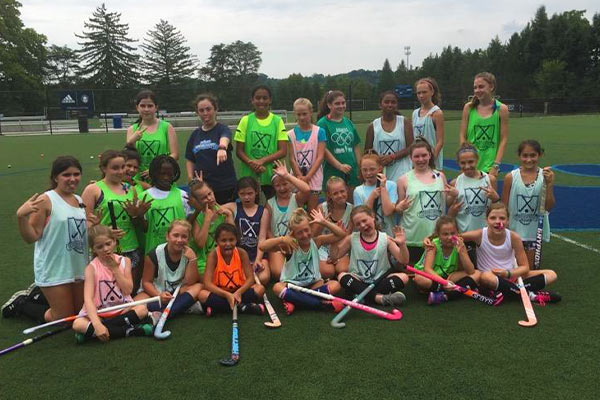