Field Hockey & Leadership Academy is a camp where players will develop field hockey skills while learning how to become more effective leaders and what it means to be a great teammate. If you are a dual sport athlete- this is an amazing opportunity to training both FH & LX.

Learning the critical life lessons to guide you as a responsible member of your school, community, family & team will serve you for years to come. The FHLA role models, the field hockey game & the women’s leadership workshops balanced with some summer fun.

Ashley Kishorn took over as the new Head Field Hockey Coach at Eastern Mennonite University in June of 2017. Coach Kishorn, aka “Stick”, has served as an assistant coach of NESCAC powerhouse Williams College (Mass.) ’16 and three years on the sidelines at ODAC-rival Lynchburg College. Ashley earned her master’s degree in educational leadership from Lynchburg College. Coach Kishorn also coached at Wilson College (Pa.) following a playing career at Salisbury University.

At Salisbury University (Maryland), Ashley was a starter on a team that won the 2009 National Championship. She received All-Conference & NFHCA 2nd Team All-Region & Defensive Player of the Week awards in her senior year.

We are excited to announce that for this Summer we will offer campers a multi-sport camp option at our Hotchkiss School Leadership Camp. Campers will have the option to do Lacrosse, Field Hockey or a combination of both.

Check in/out: Overnight and Extended Day Campers check in at 2pm on the first day and Check out at 1:00pm on the last day.

These forms can be found in the camper packet on the Forms Page.
Already Registered? 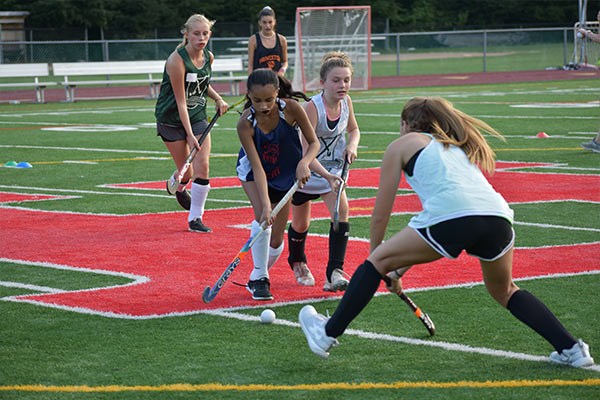