Revolution Field Hockey, a USA Field Hockey Partner Camp, is proud to announce we will be hosting a new, 2020 half day camp at Ellanor C Lawrence Park Turf Field in Chantilly, Virginia this summer. Come and train from 8:30am–12:00pm and take your game to the next level. Camp is led by Catholic University Field Hockey Coach Rachel Palumbo and campers will have the opportunity to see what it is like to learn from one of the best in the game while training on the beautiful turf athletic fields. Every camper will receive a limited edition reversible jersey, ball, water bottle, and lanyard as well as other fun prizes. *Revo Field Hockey Camps are open to all ability levels.

Taylor West is currently a member of the US Women’s National Team and has been a key member on the team since 2016. Taylor played on the US National Team that won the Gold in South Africa in the 2017 World League games, and Bronze in the 2017 Pan American Cup. Her other professional highlights include playing in the FIH Pro League.

Taylor played at James Madison University, where she took home numerous accolades for her on field success. As a Senior, she was named NFHCA Second Team All-American, NFHCA All-South 1st Team, Colonial Athletic Association (CAA) Player of the Year, CAA 1st Team, CAA All-Tournament Team, Preseason All CAA, VaSID All State 1st Team and ECAC All 2nd Team. She also ranks 4th on JMU’s All Time-Career Points Rankings with 130 points and 4th All Time in goals scored. Taylor was also a standout high school field hockey player and was named NFHCA 1st team All-American and was selected to the All South Region Select Team following her Junior and Senior seasons.

The field hockey camp at George Mason University was phenomenal. The campus was beautiful! My daughter really enjoyed it and is already begging me to go again next year! Thank you Revolution Field Hockey!

The George Mason camp was an unforgettable experience. I made many new friends and we are already planning on coming back next year.

The George Mason camp was an unforgettable experience. I made many new friends and we are already planning on coming back next year. 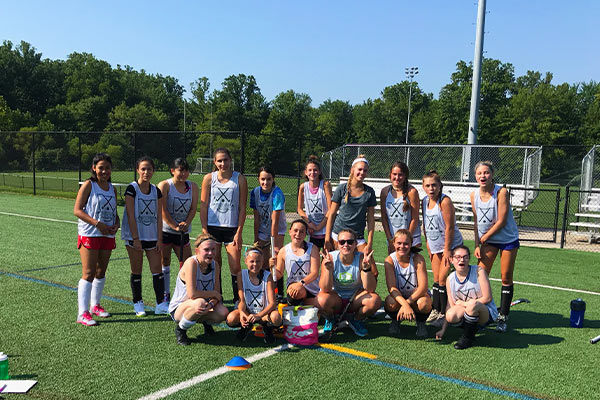