Victor Brady, 2018 Coach of the Year and his elite collegiate coaching staff will take campers through a creative and fun 4 days of hockey. Victor has completed his Level II USA Field Hockey Coaching Coursework and a 2x Coaches Forum Attendee. Every camper will receive a limited edition reversible jersey, ball, water bottle, and lanyard as well as other fun prizes. *Revo Field Hockey Camps are open to all ability levels and is a proud USA Field Hockey Partner Camp.

When we can host overnight again enjoy staying in the air-conditioned college dorms, and the school's yummy dining hall options. 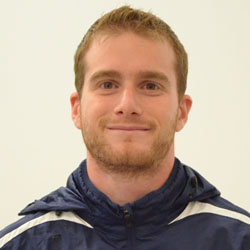 Victor Brady was named the 2018 Conference Coach of the Year, leading Bryn Mawr to a 9 - 8 overall record. In the May of 2016, Victor was appointed Head Field Hockey Coach at Bryn Mawr College. He joined the Owls after serving as an assistant coach at Smith College in Northampton, Massachusetts for the 2014 and 2015 seasons.

At Smith, Brady was involved in every aspect of the program under head coach Jaime Ginsberg. Thanks in part to Brady’s guidance, the 2015 Pioneers compiled their most wins in a season since 1993, defeated three NCAA-Tournament participants, and won the program’s first-ever East Coast Athletic Conference Championship while competing against one of the strongest schedules in all of Division III.

While at Smith, Brady also served as an administrative and teaching fellow within the athletic and Exercise and Sport Studies departments and was named Acting Sports Information Director for two months during the 2015 fall. He was selected to attend the NCAA’s Emerging Leaders Seminar in January, 2015.

Prior to his tenure at Smith, Brady served as the assistant coach at Denison University in 2013-14. The Big Red recorded a 17-2 record that season including a 13-game winning streak, a No. 1 ranking in the Great Lakes region, and an NCAC regular season co-championship title.

In addition to his college coaching experience, Brady is heavily involved in USA Field Hockey, club, and camp coaching. He served as a USA Futures Head Coach at two sites in 2016 and coached at the National Futures Championship in each of the past two years. Brady served as the coaching director for NOMADS Field Hockey Club in Northampton and was named co-director of Revolution Field Hockey’s Pomfret School Camp in 2016.

A native of White Plains, New York, Brady completed his Master of Science degree in Exercise and Sport Studies at Smith College in May, 2016. He arrives at Bryn Mawr familiar with both the Centennial Conference and the Tri-Co as a 2013 graduate of Swarthmore College, where he earned a Bachelor of Arts degree with High Honors while majoring in political science.

It was great to see what a college campus felt like, especially sleeping in a college dorm. It was a great summer camp experience.

Although I was reluctant to let my daughter go to an overnight camp, I am now glad that I let her go enjoy herself. The camp went far beyond my expectations, as all the other girls were very nice and the coaches were extremely encouraging.

My daughter LOVED the camp and already wants to go back next year. She is continuously mentioning how much fun she had and still talks to the friends that she made at camp. 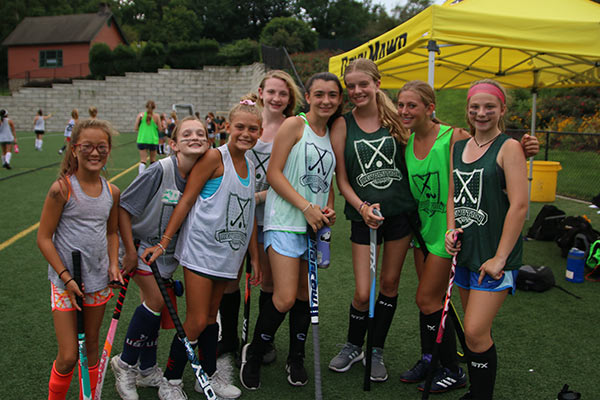